back to search results

****WARNING*****NEEDS ID CONFIRMATION***.A women who is believed to be the mother of Aryeh& Gavriel Sandler leaving the Furneal before being covered up and put in a car at the "Ozar Hatorah" Jewish school on March 20, 2012 in Toulouse, southwestern France. The bodies of three French-Israeli children and a Jewish teacher killed in a gun attack began their journey Tuesday from the school where they died to their burial in Israel..The bodies were due to be flown from Paris Charles de Gaulle airport later Tuesday for a funeral in Israel the 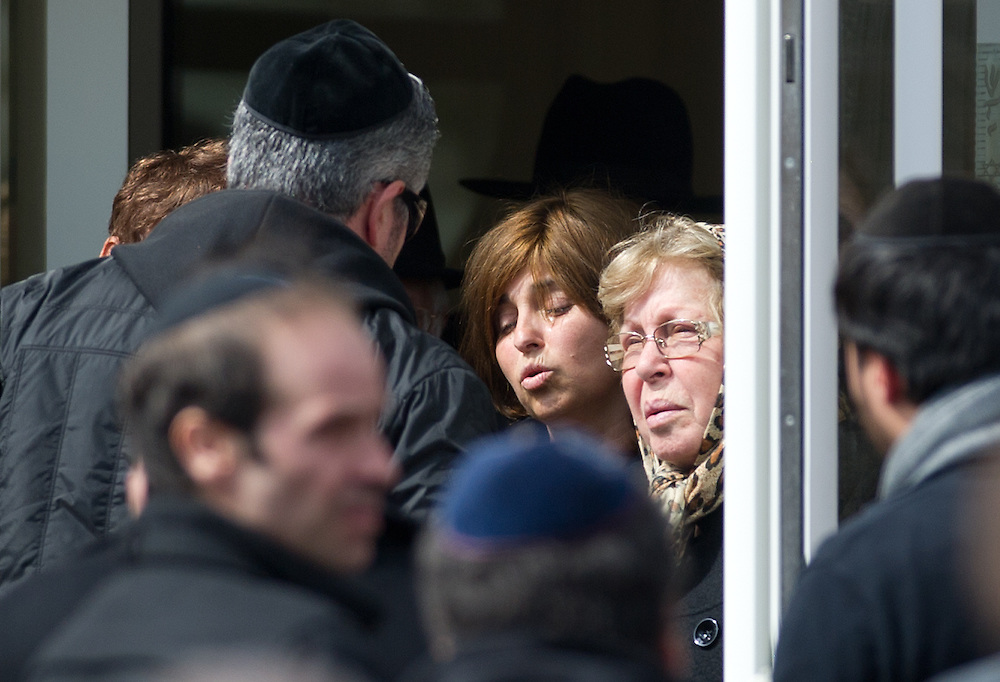