Cypriot-born businessman Asil Nadir arrives at the Old Bailey in central London on January 12, 2012 for a hearing in his trail accused of theft from the firm Polly Peck. Nadir, who was one of Britain's most notorious fugitives, denied 13 counts of theft from his Polly Peck empire as he appeared at a London court. Nadir, 70, entered not guilty pleas at the Old Bailey to the counts which relate to the alleged theft of 33.1 million British pounds (50.8 million USD, 39.8 million euros), plus an additional 2.5 million USD, between 1987 and 1990..Photo Ki Price. 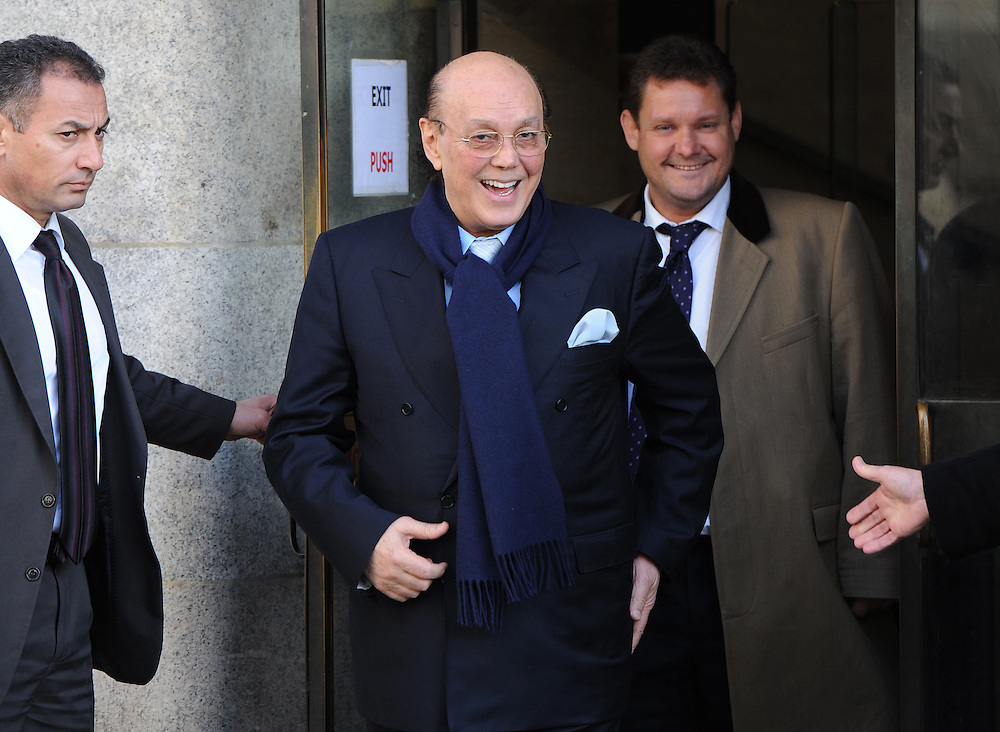